One of our gCADPlus users has asked whether gCADPlus can hatch or better still, calculate the angles of a series of miter cuts for large format (600 x 300) pavers needed to match a complex curve. As shown below, there are problems matching large format pavers to free-flowing shapes. 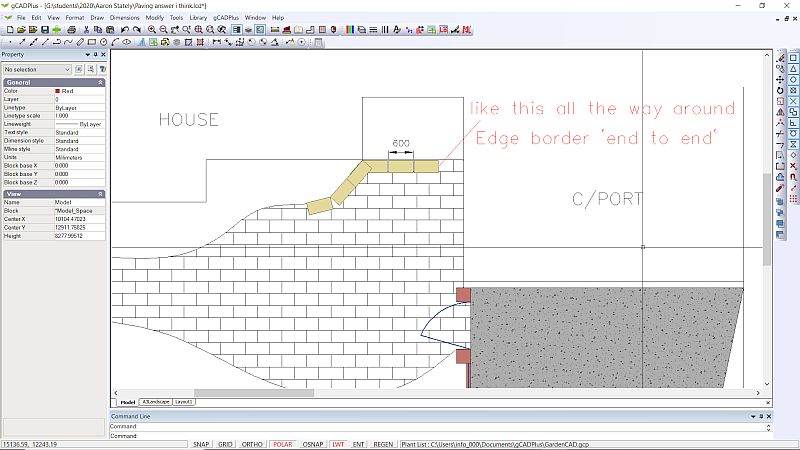 Aaron from StatelyPaving.com.au, a Melbourne based paving specialist, has kindly provided some advice on this subject.

Yes,  I wish gCADPlus did what he was asking, it would be amazing, but I can imagine it would be a lot of programming to make that work. I don’t think there would really be anything out there in any Landscape CAD program that could automatically detect the freeform radius and add multiple sizes for miter cuts.

I have kind of drawn it in the gCADPlus plan shown below. 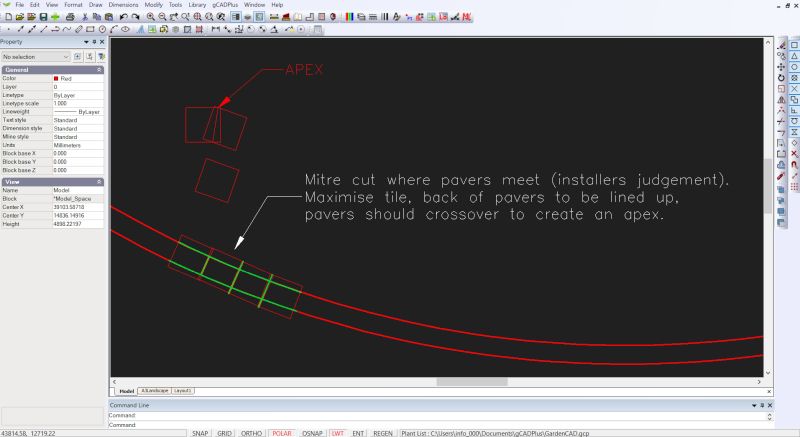 Basically you need to lay a tile a lot larger than the space in the curves, miter them in like a pool or garden bed edge, keeping the paver square with the curve as far as possible. Install them all, then go over and cut all the edges off, leaving a free form miter cut with an even radius curve. As a final step, you would need to cut your body tiles into that curve.

Tip: It does not work the other way around – body tiles need to be placed second.

Tip: Try and make free-flowing curves in gCADPlus, the sum of many short arcs rather than using a polyline. It is then possible to indicate center, start, and endpoints of an arc used to set up a 20mm PVC pipe as a guide for the edge.

If the pavers are reasonably small, it is possible to miter edges and as my team has done in the examples below to produce nice curves shown around the edge of pools below. 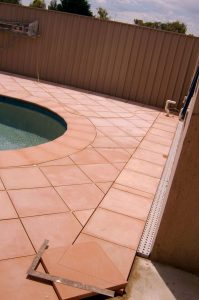 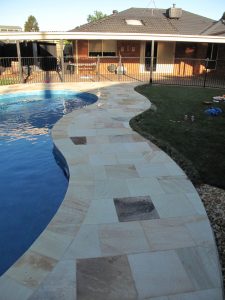 Alternatively use a smaller paver… like in the photo..  this follows the curve, does not look angular. just breaking the curve down to lots of small bits. 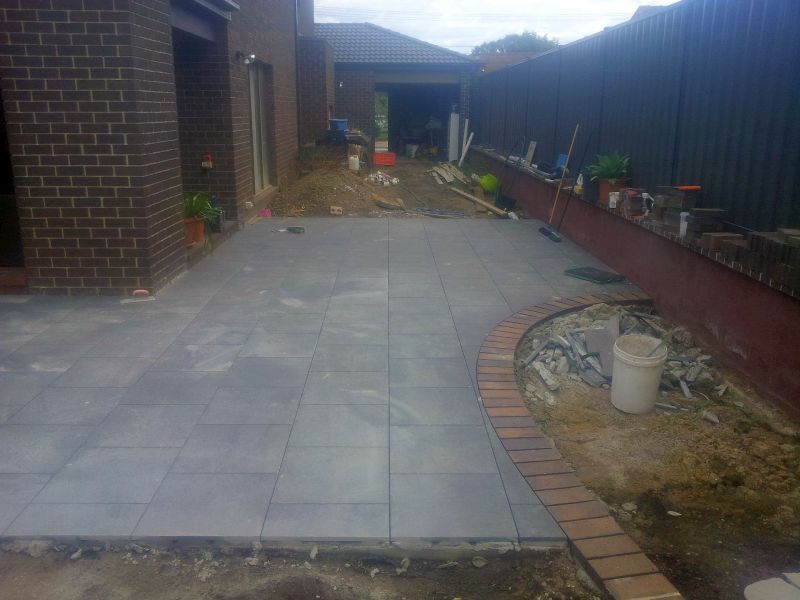