gCADPlus landscape design software runs on Macs. There is one proviso. The processor must be Intel-based* and some form of Windows emulator application such as CrossOver, Parallels, etc. is loaded and running. We use CrossOver on our iMac as the Windows emulator, but we have many gCADPlus designers using other emulators/environments such as Parallels and/or Fusion. The image below shows gCADPlus version 10.4 running on an iMac with the High Sierra operating system design fans shows a design for parking for recreational vehicles in the USA. The base area was laid out using feet as the base unit. The design is displayed on a B4 sheet at a scale of 1″ to 40′. 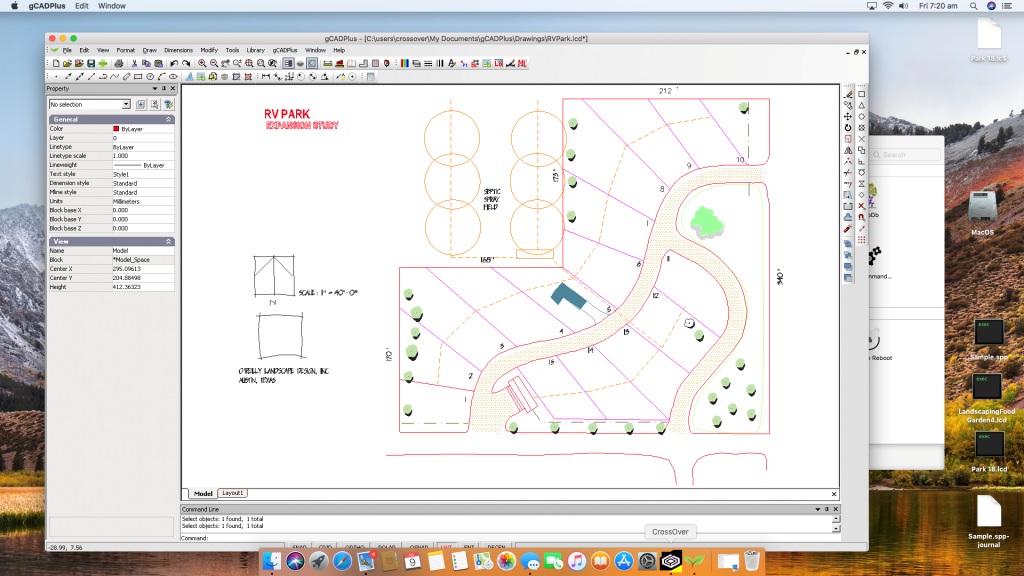 We run one of the templates available in gCADPlus to generate a design for the front garden of a typical dwelling. Symbols used in the design have been associated with entries in a gCADPlus plant database file (gcp file) and a plant schedule created. We switch to a layout view and since the schedule does not appear on the presentation sheet, we add a new floating viewport and create a new view of the schedule within it. Once completed, the drawing is neatly filed away in a Jobs folder ready for easy access.