The GRIDLINE command allows designers to quickly define and create labelled grids within a gCADPlus drawing. The example below shows grid lines forming a 5meter grid overlying a landscape proposed plan for a revegetation project in and around junior school grounds. The project was designed to involve students who would each ‘own’ an area, so the ability of the gridline command to labelling rows and columns formed by grid lines was used to help allocate particular quadrats to student groups. In this project, great care was taken to use Australian species originally native to the site. 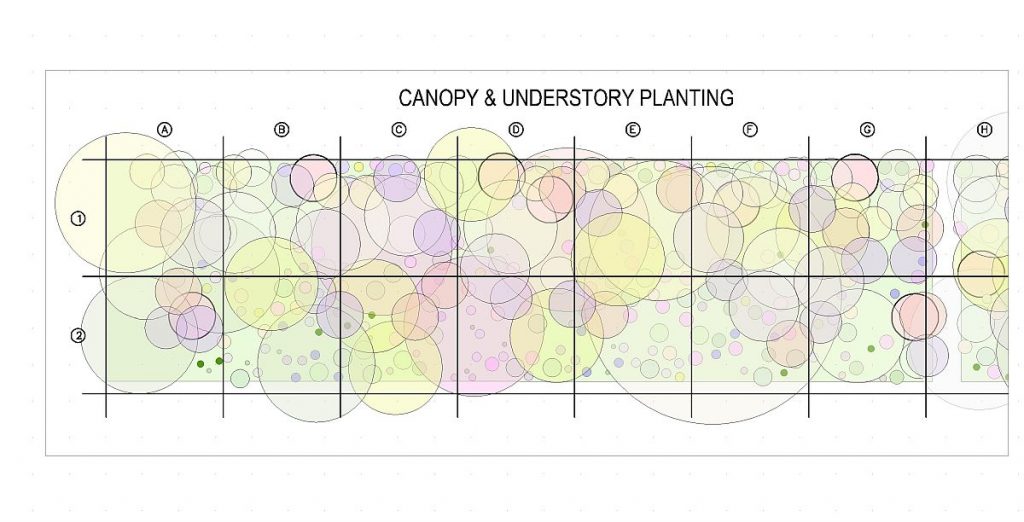 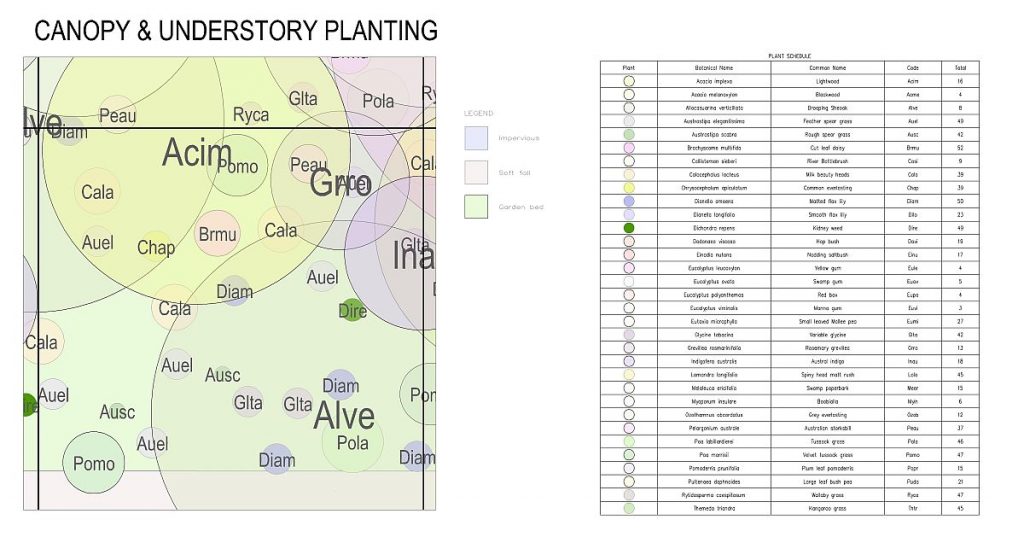 How to display planting plans for student activities. We develop a layout sheet showing a labelled grid overlaying a planting plan for rehabilitation of grounds around a primary school. Images of species used in the design are placed on an A2 size layout sheet along with a plant schedule that’s been created by the automated tool in gCADPlus.

Other examples of grids

We demonstrate the use of the GridLine command by creating a number of different grids and then show its application by using it in a design for an irrigation layout.

Here is a link to a page that shows a different method of working with a grid.