It is common when developing landscape designs using CAD software to apply hatching to different areas. Paths, courtyards, outdoor entertaining spaces are often indicated. Many drafters use the polyline tool to delineate the space, close the polyline and hatch it. Because precision is mostly needed, there is considerable use of osnaps. Here we describe the use of the BOUNDARY command to achieve the same result with considerably less effort.

We have also included comment of the pick option in the HATCH command as when it radiates out to find a the edge of a space, the boundary formed has similar, but subtly different properties to the edge formed by the boundary tool. The interior point that you specify uses the surrounding and interior objects to create closed polylines and regions. If the area objects have complex curving spaces, the bounding polyline created may have rather too many vertices. These can be removed by editing the polyline. 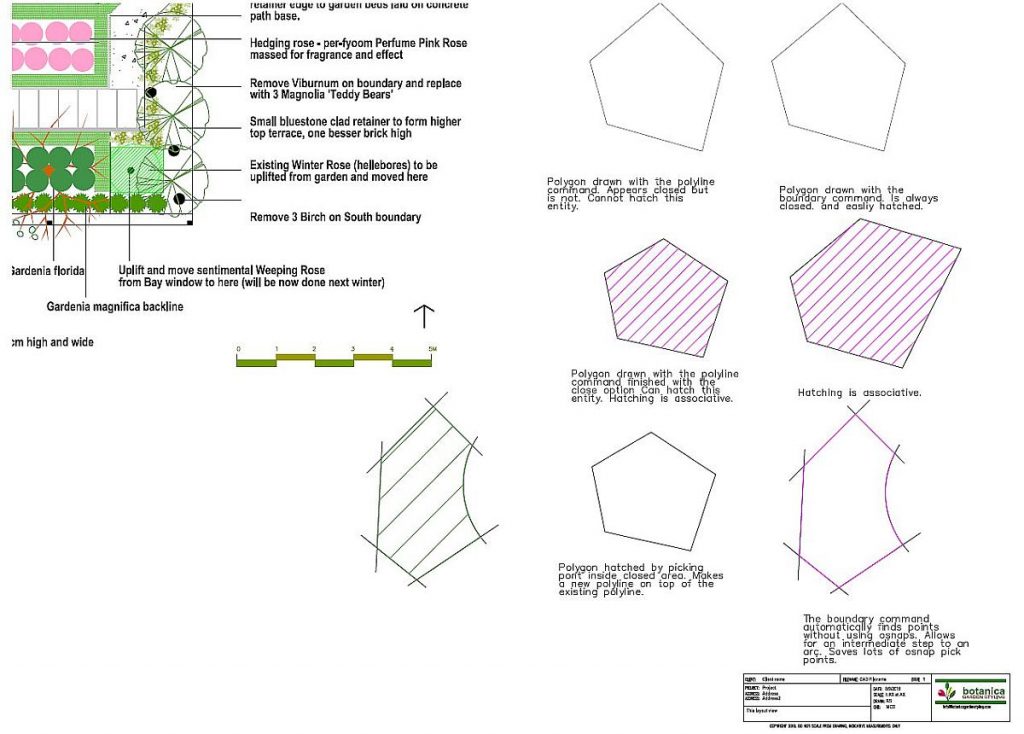 Here we discuss the various methods available for creating boundaries suitable for hatching when using gCADPlus landscape design software. The BOUNDARY command is compared with the POLYLINE command and the ‘pick’ option in the HATCH command.

Here is a link to more information on the use of the related HATCH command.